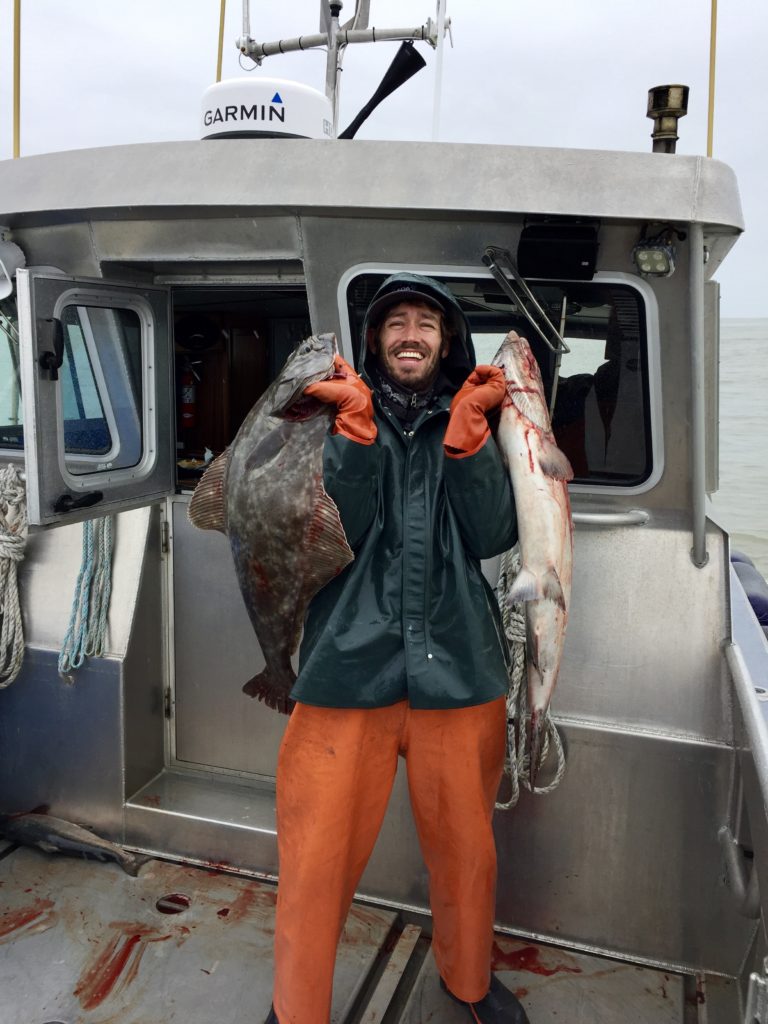 UPDATE (July 9th, 2019): I originally wrote this piece to help others understand the commercial fishing world because I had NO IDEA about what it entailed until Chris and I started dating almost four years ago.

My experience with fishing goes back to a small Jon Boat off the Charleston Harbor with my grandfather when I was about five-years-old.

At that point, I was just in it for the snacks.

Until Chris and I dated, I never thought about who caught our seafood on a mass scale or even knew to look for farmed vs. wild-caught seafood in the grocery store.

Turns out, unless the menu or package states “WILD CAUGHT,” you’re eating farmed fish. Don’t let the names “Atlantic Salmon” or “Scottish Salmon” fool you. Those are just fancy names for fish that was caged and fed corn or soy.

I also didn’t realize that people can make big money in commercial fishing. Men and women support their families this way, earn enough to buy properties, send kids to college, and retire.

Another fun fact: Some people fish only one fishery. Some fish many.

(According to Google, a fishery is an area with a fish or aquatic population which is harvested for commercial value.)

For example, salmon, crab, and sea cucumbers have fisheries which include different fishing seasons as well.

And if the fishing is good enough for one season, you can earn enough to sustain your life for the year.

This is how Chris and I were able to cruise Mexico for two seasons. He fished in the summers and the rest of the year we were on Jimmy Buffett time. (But not really.)

Fishermen and women can also lose a sh*t ton of money.

For example, if the fish aren’t running as expected or a terrible bacteria is found in the seafood, the whole season is shot. (Some weird bacteria affected the crab fishery near Santa Barbara, California one season and the fishermen and their families were basically screwed. So sad.)

Then, there’s the business side of owning a commercial fishing boat.

You must pay the crew, pay off the boat, buy new parts, engine stuff…you get it.

And this just explains what fishermen and women go through! We haven’t even gotten to the emotional drama that occurs to a partner of a commercial fisherman or woman.

What kind of emotional drama you ask? Good Question! Let’s dive in…

9 Things You Should Know When Dating a Commercial Fisherman

Chris and I started dating over three years ago and at that time, I had no idea how involved commercial fishing would be.

Mentally and Emotionally – for both of us.

Below are a few things I learned along the way. A few insights that may help you if you find yourself in love with a commercial fisherman.

When you date a commercial fisherman, you’re introduced to a world you never knew existed.

You’ll learn that people travel long distances (the same area as the TV show, Deadliest Catch) in gnarly summer weather (milder than the show, but gnarly to you and I just the same) in big expensive boats with lots of expensive gear with big ‘ole expensive permits to legally fish each season.

You can’t quite wrap your head around it when he explains his profession to you.

Then your head explodes when you learn his sister does it, too.

When you date a commercial fisherman, you’ll eat the freshest seafood you’ve ever had – canned, smoked, frozen salmon – directly from your lover’s hands straight to your plate.

You’ll happily pay more for U.S. caught seafood at the grocery store because you know there’s a face behind each catch.

You’ll sneakily cut the six-pack rings you find in the garbage of family and friends – “To save sea life!” you’ll shout when you’re caught in the act.

You’ll become more aware of the environment and opt for stainless steel straws, cups, and containers. (Your small part to reduce plastic that ends up in the sea.)

When you date a commercial fisherman, you’ll learn about boat parts, engines, and stuff you couldn’t care less about.

You’ll go to dinners with his friends and struggle to stay awake when the conversation only revolves around fishing and other fishermen and women they know.

You’ll show support with a polite smile and nod all the while secretly dying of boredom.

You’ll fight the urge to grab your phone to scroll through Instagram, and wish the subject would turn to art or pop culture or books or something (anything!) you can relate to.

When you date a commercial fisherman, some of those previous conversations actually sink in.

You’ll learn that over 80% of seafood consumed in the US is imported (!) and you’ll rethink every seafood dish on a menu, asking if the fish is locally caught.

You’ll learn that China is the biggest consumer of Alaskan seafood, buying over a billion’s worth (with a “b”) in one year.

You’ll hope the Chinese economy stays strong and won’t tell anyone that a part of you roots for “the other team”.

When you date a commercial fisherman, you’ll miss him. A lot.

Especially when he fishes for salmon in Alaska for three months out of the year.

You’ll miss him more when, two months after he gets back, he decides to fish for sea cucumbers.

Because apparently, that’s a thing.

But instead of fishing from the deck of a boat, he’ll dive up to sixty-feet in forty-degree water in full-on scuba gear.

Your nerves are shot once again, but you’ll continue to pray for a white light of protection to surround him for yet another season.

When you date a commercial fisherman, you’ll resist calling the Coast Guard when you haven’t heard from him in two weeks.

You’ll remind yourself that he’s working “off the grid” and will call when he can.

He’s fine, you’ll think. No need to worry, you’ll say. Then you’ll see a commercial for Deadliest Catch and the worrying starts all over again.

You’ll emotionally slug through days of no communication, then your heart jumps to your throat when you receive a text from him that says: “Just found a little bit of signal. I love you and miss you so much!”

When you date a commercial fisherman, each reunion after a long season gives you that butterflies-in-the-stomach feeling you had on your first date.

You’ll notice his face is a bit scruffier, his hair is a bit longer, and his hands are scarred from nets and traps.

You’ll admire his body, more defined and muscular than the last time you saw him.

You’ll realize that manual labor pays off for you both in more ways than one.

When you date a commercial fisherman, you’ll wonder why he goes through all the trouble for this kind of work – especially since he won’t know how much he’ll make until the end of the season.

It’s such a gamble, you think. Why put yourself in an uncertain position, you’ll say.

Then you’ll remember you’re a freelance writer and you essentially do the same.

When you date a commercial fisherman, you’ll slowly appreciate the fishing stories more.

At dinners with his friends, you’ll start to engage in conversations and ask questions with genuine interest.

You’ll forget about grabbing your phone to scroll through Instagram and search for his hand to hold under the table instead.

Do you date a commercial fisherman? Any advice to share with us? Please leave your comments in the comment box below!

Even more stories about dating a commercial fisherman here:!

[UPDATE] 9 Things To Know When Dating a Fisherman

Then, there was that time on our sailboat that I thought we were going to die: Storm At Sea 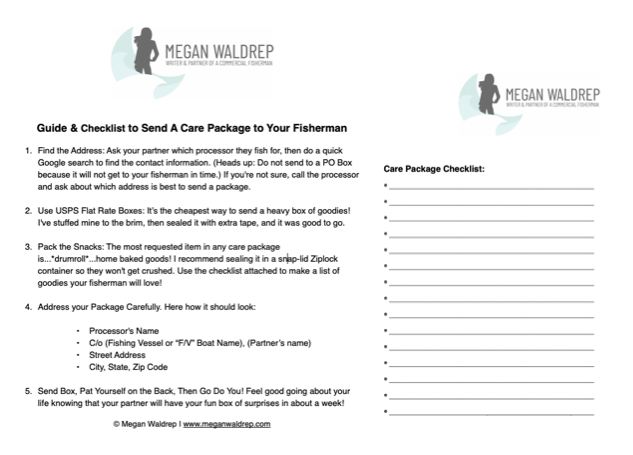