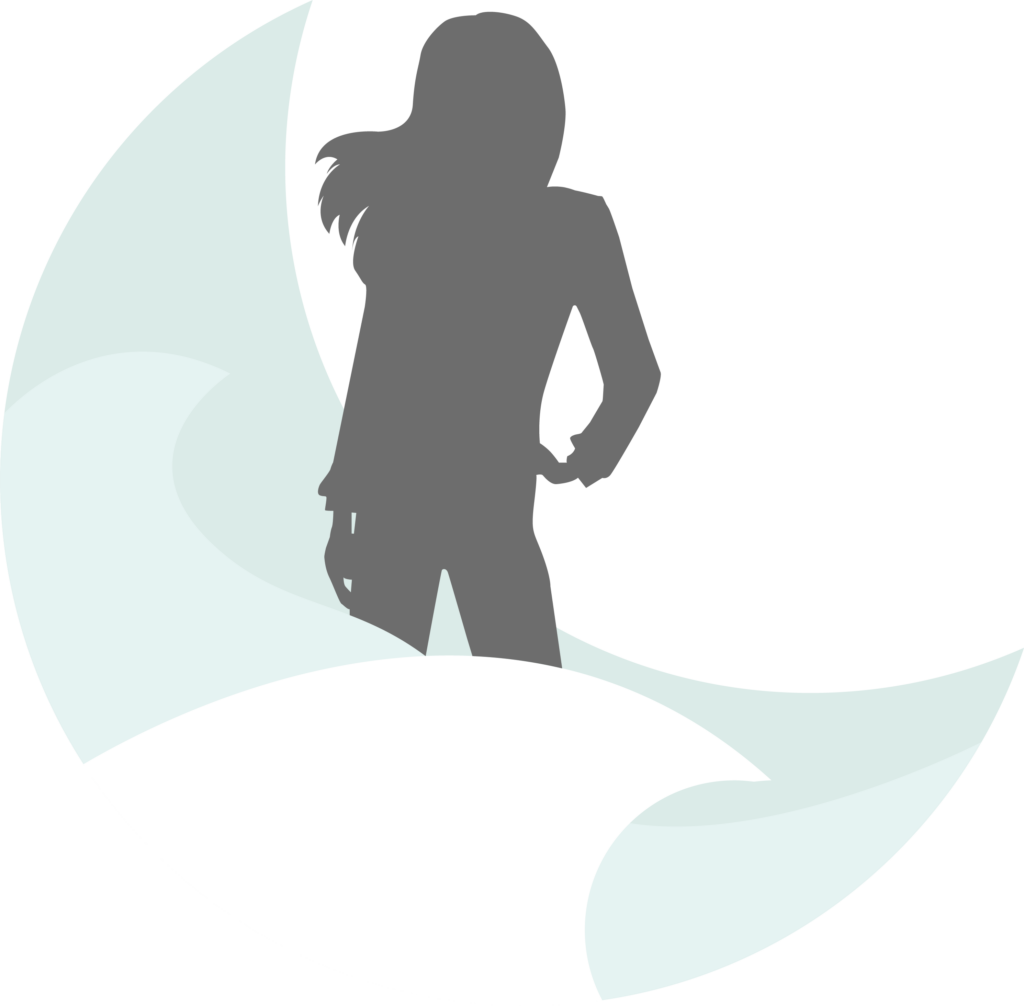 Diary of a POCF Chapter 5: The Readjustment Phase

The Readjustment Phase is part five of The Diary of a POCF. Through 5 stories over 9 weeks, I share the emotional journey of loving a fisherman, including the uncertainties, frustrations, & joys, too. (Some links in the story go to affiliate accounts.) Click the following to read the Prologue, Chapter One, Chapter Two, Chapter Three, & Chapter 4. This is the final chapter. First published on August 8, 2021.

Not sure if I mentioned this, but I’ve been housesitting for the past two weeks, and it’s been a freaking Godsend. Having a place to myself for a week before Chris got back was much needed since I barely had time to catch my breath from a 3-day Widespread Panic run before he booked a flight home. (Relive the WSMFP weekend through my Insta highlight “Dairy 3!“)

Do you remember my anxiety attack in Chapter 4 and how this book helped get me in the right headspace to welcome Chris home again? Well, it worked pretty damn well! The morning before his arrival, I made two batches of cookies, cleaned the kitchen, and placed his shaving cream and clippers in the bathroom. And as I ran around the house, putting everything in its proper place, this song blared through the portable speaker, and my throat suddenly tightened like I had swallowed a loaf of bread:

It’s funny because even though I know plans change all the time, up until this moment, I wasn’t mentally prepared to see him until August. But when fishermen can finally book tickets to “get the fuck outta there,” it’s game on. All fishermen in Bristol Bay are rushing to find flights home and rides to the airport. (I’m sure many POCFs are running around, trying to get everything perfect for their fishermen, too.) This year, I got three days’ notice, and I speak about this in Chapter 4 that although I’ve missed him, I feel I’m being invaded. Like, Did I do all the things I wanted to do before he returned? Not that I can’t do when he’s here. It’s just…relationships. At some point, you have to ask what the other wants for dinner. But that song brought me back to the “us” again. And that although I love (and require!) being alone at times, I wouldn’t want to live life without him.

We’re so close. Please bring him safely to me.

I’m leaning against the wall at the Wilmington, North Carolina, airport and spot Chris as he turns the corner of the long corridor to the lobby. His eyes give a weak smile as he nears, his eyes heavy from 24 hours of flying and thirty-plus days of straight commercial fishing.

“Hi, Love,” he says, pulling down his mask to lean in for a kiss.

We kiss, then I pull back to scan his beautiful face and touch his soft beard, so rugged and manly. It cushions my face as I go in for another. We linger for a moment, familiarizing our lips with one another again, and I inhale the sweet scent of his skin.

Phase 3: The Next Day

Some adjustments never change, like sleeping together and waking up at every toss and turn. But each time I woke on that first night, I was quickly relieved he made it home. At one point in the early morning, just as the sky turns that blue shade of dawn, I open my eyes to Chris curled on my side of the bed. Instead of nudging him to move over, like I usually would, I study each wrinkle on the corners of his eyes and watch his chest rise and fall —my shiny new husband, alive and well, next to me.

10:33 am: I’m typing in the kitchen after my morning routine – brush teeth, chug water, walk, yoga (maybe), coffee, write. I don’t know why I thought this would change. Maybe because we’re taking time off for the next two days and calling it a “honeymoon,” which means doing whatever the hell we want with no obligation to anyone but ourselves. I said I would take time off, too, but I’ll let him sleep in while I’ll catch up on a writing. When he wakes, I’ll make coffee and breakfast while Chris unpacks. Then, we’ll Netflix and chill.

Chris and I are standing in the foyer of the home we’re housesitting after running a few errands.

Chris: “So what do we have going on the rest of the day?”

Me: “Nothing, anything, whatever you want for the next two days!”

I change my clothes, put away the dishes, then head back into the living room to ask an important question. Chris is wearing earbuds and lying on the couch, watching YouTube on his phone.

“So, what do you want to watch? We can turn on the big TV. She has Netflix!”

“Oh. So, you don’t want to watch something together?”

Chris slowly rises to a seated position up and exhales deeply. He’s clearly not into this. As my feelings got slowly crushed, I remembered I agreed to do whatever we wanted, so I couldn’t get my feelings hurt because Chris was doing him. How ironic that as I’ve stressed about welcoming Chris back into “my space,” it never occurred to me that although he’s never shown it before, he may need downtime, too.

But girl, let’s be real. It stung a little. Previously, I would have inadvertently begun an argument because I felt undesirable or inadequate since he wanted to chill alone. But thanks to The Empath’s Survival Guide and the good ol’ Love Language Quiz, I felt clarity and control of my reaction, and I knew what to say for him to understand:

“I need some quality time and cuddling, you know, physical touch,” I said. “I’ve missed you!”

“Great!” I said, leaning in for a kiss. “I’m going to take a bath, and you enjoy your movie, and we’re all good. I promise.”

“Are you sure,” he said, squinting his eyes as if to catch a subtext. (Because at any point before this, there would be a subtext.)

“I promise we’re cool. I came over to make sure we’re on the same page.”

Chris lays back down, slips in his earbuds, and presses play as I walk out of the room.

So what did we watch? Sex Life, of course. No surprise if you’ve followed my Insta Stories. (Also, we will discuss Sex Life and the POCF in a future post. Holy F!) I intended to point out things we could try – they’ve got great ideas in there, don’t they? – but I got carried away. Instead of focusing on the hot sex scenes, I started complimenting the husband’s efforts to win his wife. You know the flowers, date nights, a new dress…what can I say? I lost sight of the goal. Chris did not take it well:

“I don’t want a comparison to this show, Love. We’ll do our own thing.”

Ok, yeah. He’s right. That’s a lot of pressure to put on either of us. The following day, I played this song as a truce. (And yes, I made Chris dance to it with me in the kitchen again.) Here’s one of my favorite verses:

Now in the movies, they make it look so perfect. And in the background, they’re always playing the right song. And in the ending, there’s always a resolution. But real life is more than just two hours long…

Phase 5: The Day After That

9:17 am: It appears that my cherished alone time isn’t going anywhere. Once again, I’m writing to you in the kitchen after a morning walk. A candle burning, coffee freshly poured. I almost feel like a mom as I wonder if I want to wake Chris right now or finish my coffee first…

11:33 am: Still typing in the kitchen while Chris relaxes in the living room and it finally feels normal. Why do I expect/fear/hope we’ll be up each other’s asses when he returns? I’m learning to work with a different kind of separate togetherness than when we experienced on the sailboat (here).

3:33 pm: …and just as we’re getting used to being together again, Chris says he wants to leave for California two weeks earlier than planned! He wants me to go with him, but I have several loose ends to tie up before I leave, and I’m feeling the inklings of an anxiety attack if I go now. Had I known, I would have planned better. But building lobster traps is on his brain, and Chris wants to start prepping before the season in October. It turns out he’s still on Bristol Bay time, and I get it. Commercial fishing never ends! (and thankfully, because it provides a life for us. BUT STILL. POCFs get it! 🙏🏽 👯‍♀️)

I help Chris pack his bags for California, and I question if I’m doing the right thing by staying behind. If I go, I won’t see him because he’ll be working all day and night. If I stay, I won’t see him for about a month. The battle of doing what’s best for your relationship and your fisherman versus what’s best for yourself (and your family) is constant. And as another fishing season quickly approaches, so begins another emotional journey in the diary of a POCF. 💑 🐟

What is the transition like for you when your fisherman gets home? Any tips or stories, please share in the comments below!

How-to Send a Care Package to an Alaskan Fisherman

Adults Only: My Story of Cloning “Down There” & Why I Did it