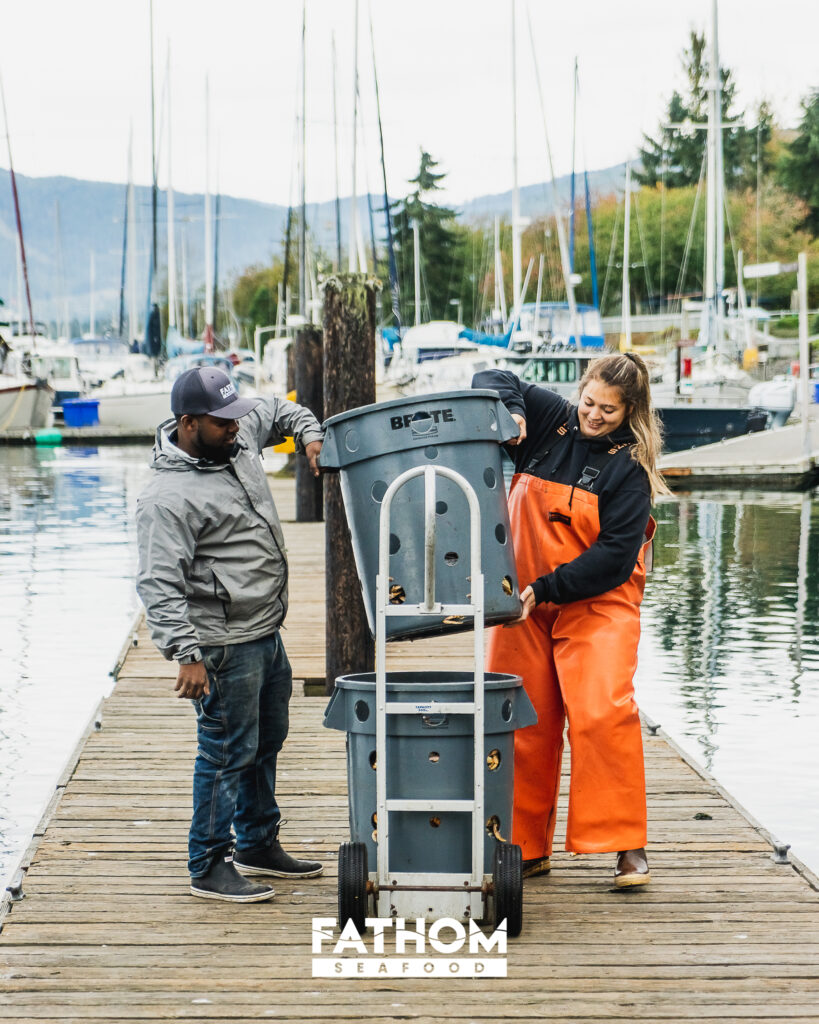 From what I understand, the major seafood companies in Bristol Bay, Alaska, are “bad” because it’s speculated that they conspire to set the price of fish. This means after a long hard season, the companies reveal the same base price at roughly the same time, and the fishermen get paid the lowest amount possible for their catch.

As a partner of a commercial fisherman, my blood burns at the thought. The heavy-hitters seem more concerned with the bottom line than the women and men at sea. There seems to be no remorse for the fishermen who risk their lives to catch high-quality seafood to feed America; who leave their families for months at a time for the chance to make a livable wage.

Which is why I was surprised to learn about Fathom Seafood. After scrolling through their Instagram and website, I learned they actually care for the fishermen, offering them competitive and, in many cases, higher pricing at the dock. (Heck yeah!) 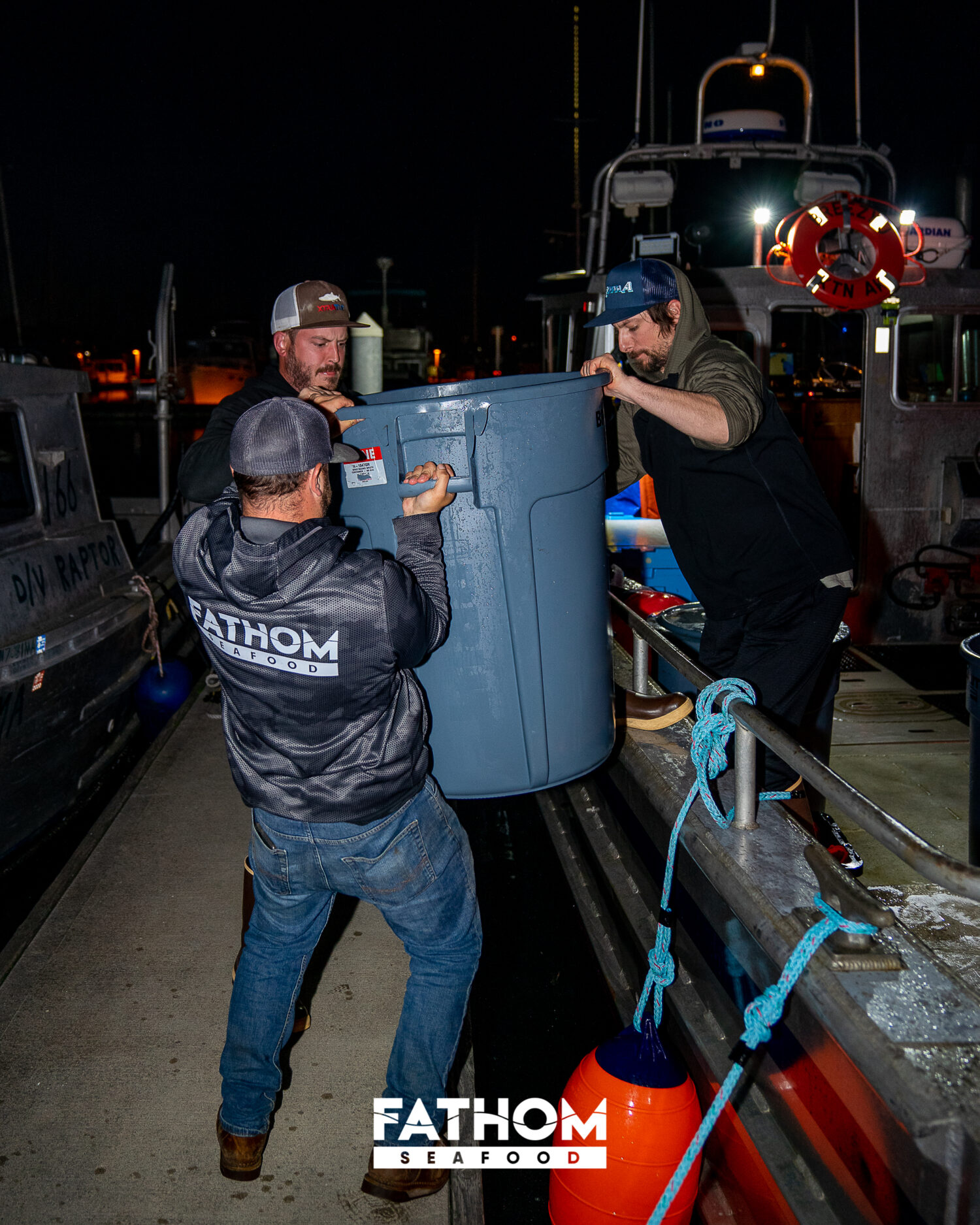 Here’s where you come in: As competitive buyers, Fathom Seafood can give their customers top-notch seafood, and they make it even easier with overnight shipping to the “lower 48”. For example, you can receive live fresh Dungeness Crab the next day, even if you live in a land-locked state. #winning

One of my favorite parts of this business is that you can buy in bulk or small quantities. Want a Dungie crab just to try? They’ve got you!

And speaking of how Fathom cares for their fishermen, below is a quick Q&A with Nick Mareno, who is a former commercial fisherman who now works as a buyer for Fathom Seafood. A former fisherman working for a seafood company? They must be legit! 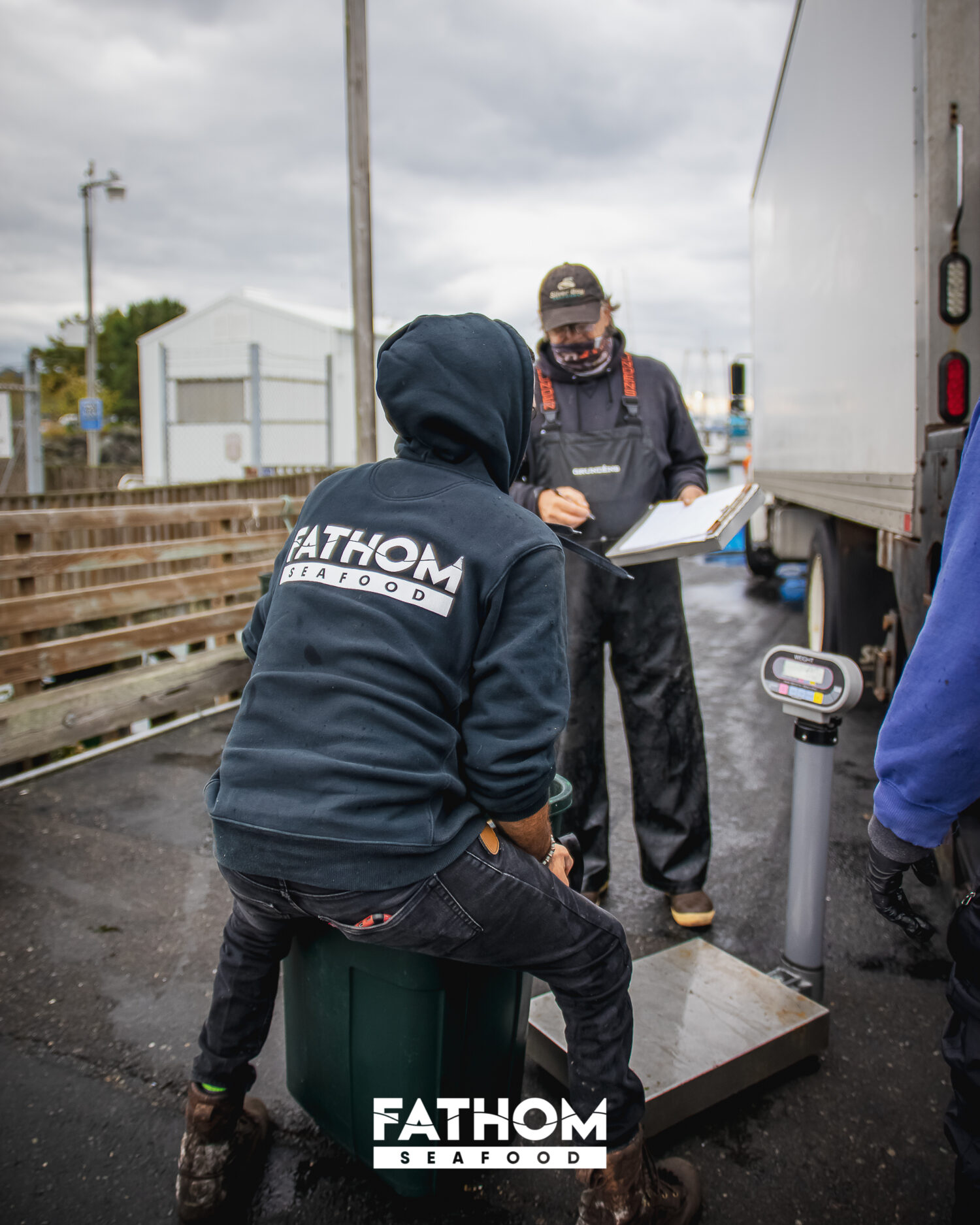 To me, Fathom Seafood is a new age look at a tired practice. Everything you know about seafood is changing, and we are leading the charge. Pre-cooked and frozen products are not going anywhere, but Live is the future. We are on a mission to educate the average person on the amazing difference between our live seafood and the status quo. 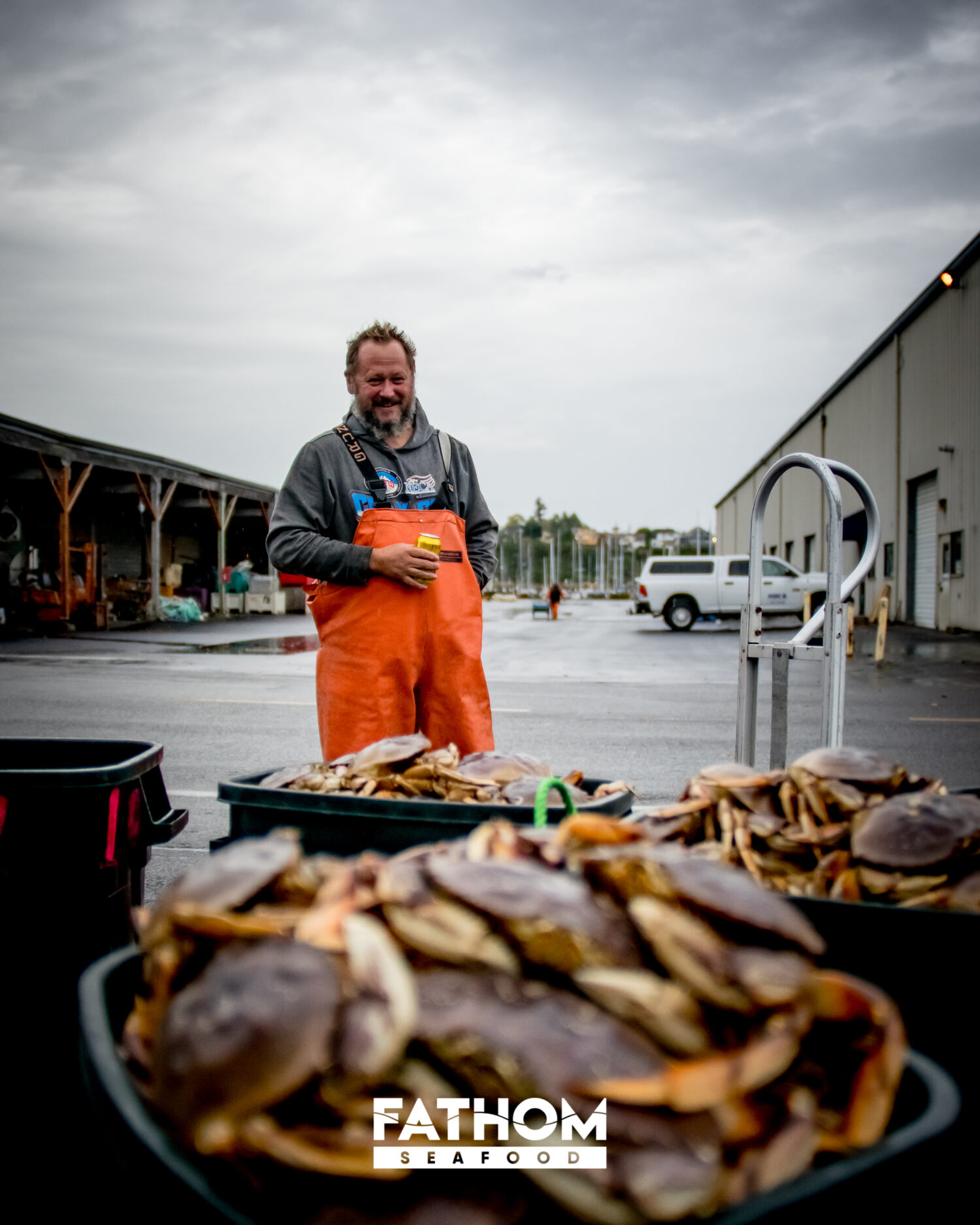 For the fisherman, large seafood buyers and processors seem to get a bad wrap for various reasons. What was your experience with processors before you started with Fathom, and what was your main goal to stand out from others? How do you show that in your business?

I have a unique perspective on this: I was a fisherman who sold to the large processors and buyers, as well as to Fathom. The difference between the two is beyond noticeable.

To the big guys, you are just a boat who brings in the product. There is no feeling of being part of the team or anything more than numbers on paper.

With Fathom, I was treated differently. There was a concerted effort to show that they were in this with me. Now, after joining up with Fathom as a buyer, I get to carry that same philosophy of teamwork with all of our fishermen and docks. We are growing fast, working with more and more boats every year, and I make sure to do what I can to make our boats feel like they are in the Fathom Family.

With that, as we launch our E-commerce website and in our social media outlets, we really try to showcase the fishermen. The reality is, our company would not exist without the fishermen doing their part to bring in the products. They work extremely hard and deserve to be recognized for that effort. Showcasing this is a core focus of our company.

In fact, we will be launching our E-commerce site and featuring blogs periodically with a “Fisherman Spotlight” section where we will be giving recognition to our fishermen from our different fisheries and shining light on the unsung heroes who actually get the product. My overall goal as a buyer is to source the best product obviously but to do so in a way that does not create a divide between fishermen and purchasers. We want a “same team” mentality. 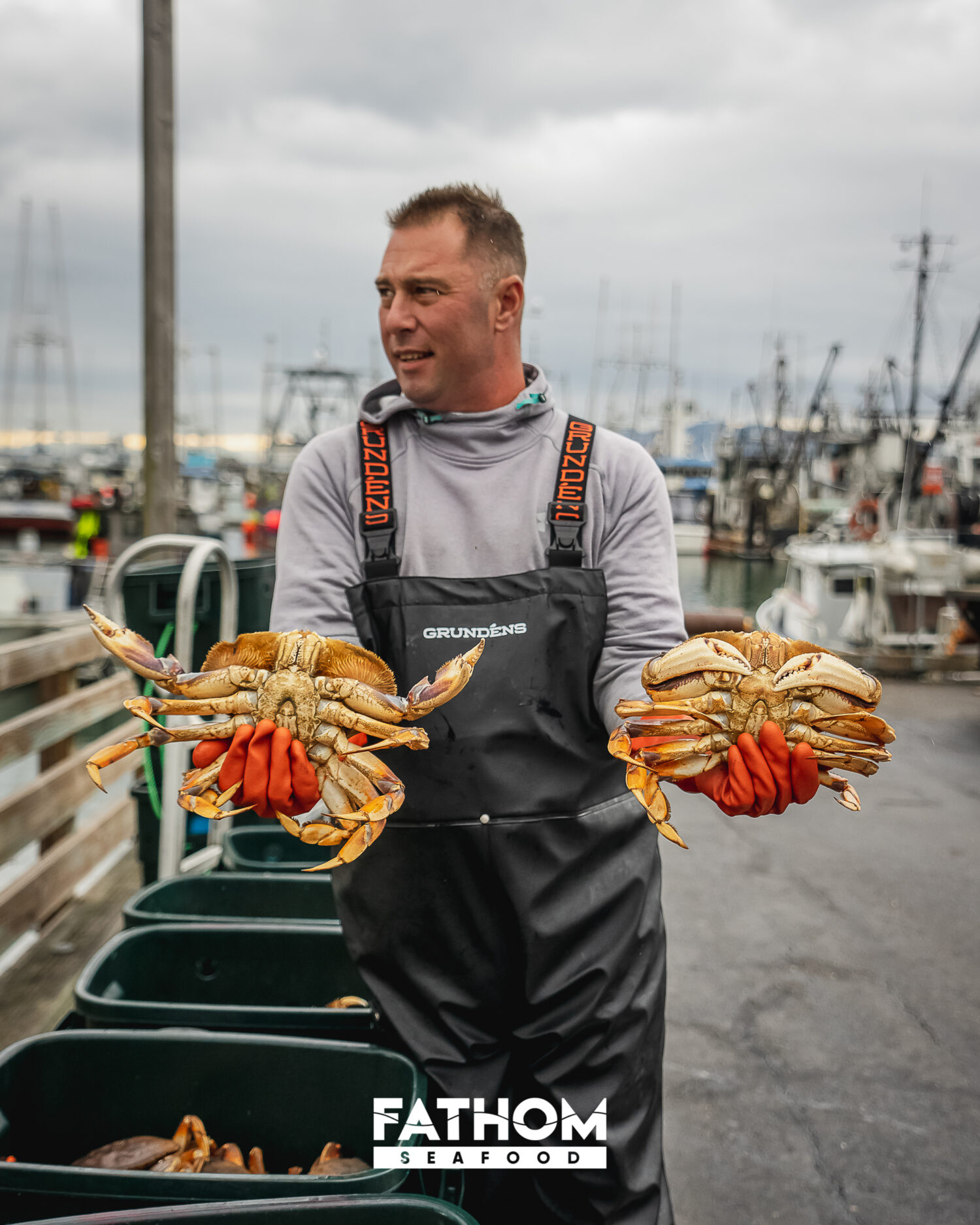 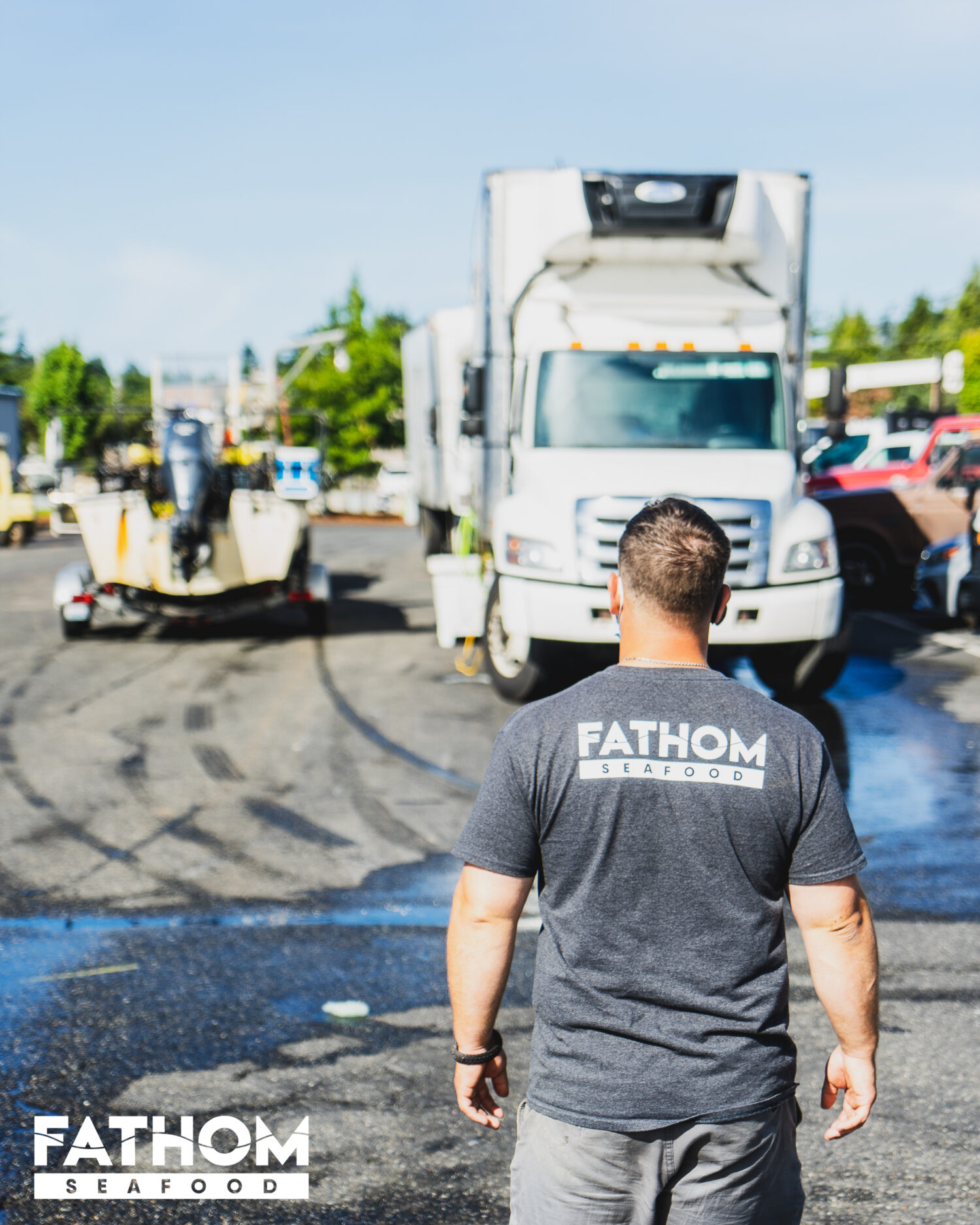 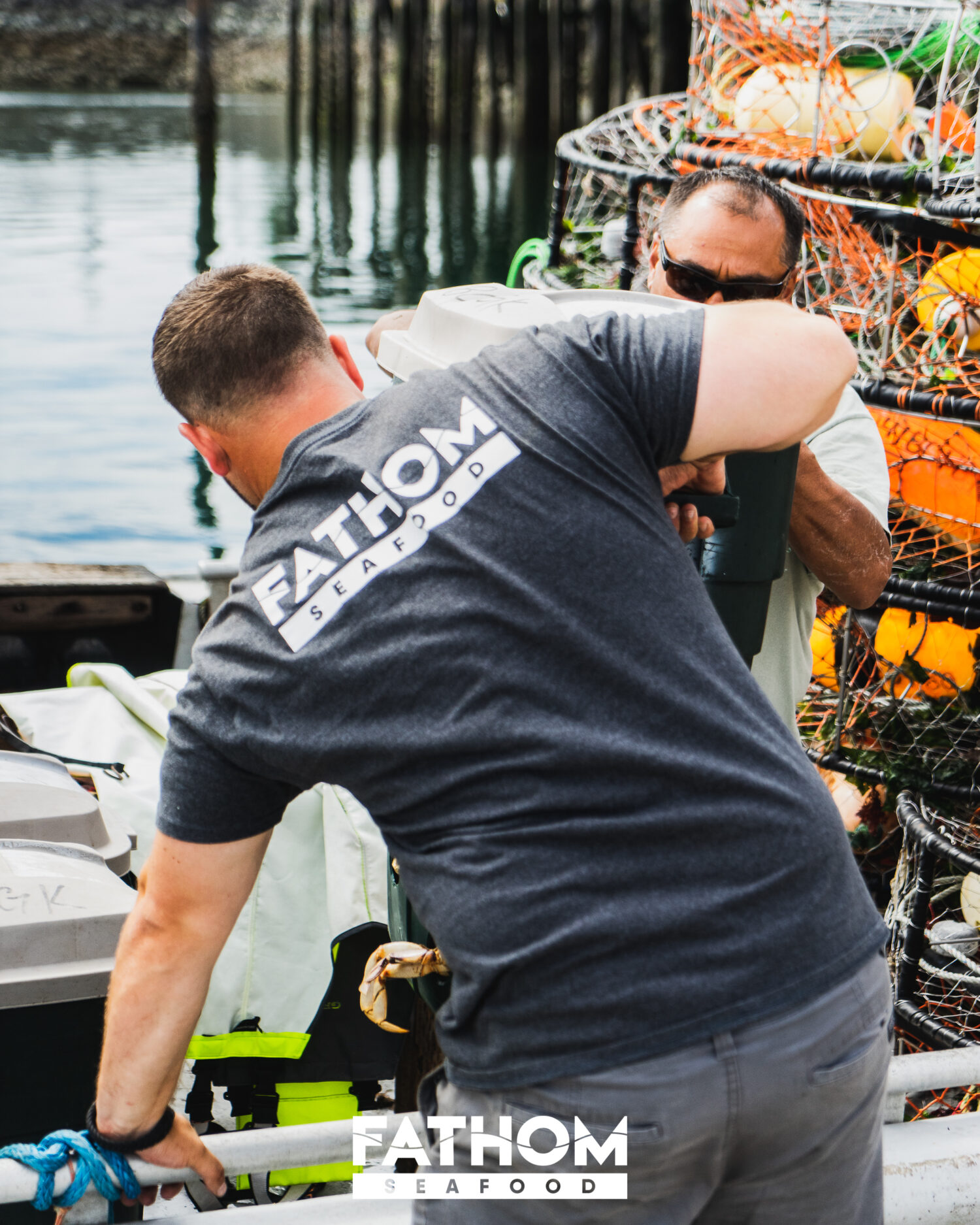 Congrats on recently launching domestic sales, by the way! That was a MAJOR concern for most American commercial fishermen (and their families!) when the pandemic cut off sales to China. What’s been the biggest challenge when switching gears to sell the domestic market? The biggest reward?

COVID-19 changed a lot of things for many industries. Live seafood is not immune. Unfortunately, we were actually affected much earlier than most companies in the US simply because of the amount of business we do with China. The live seafood markets in China are vastly larger than anywhere else.

With Covid starting there, China stopped with nearly zero notice and forced our hand to switch gears. We did go against the grain and work with some processors to continue to allow our boats to fish and support their families, but we also focused heavily on markets outside of China, like the US. For the first time in our history, we also sold directly to the public with retail sales. Both of those decisions have been very rewarding because it has helped us diversify with our sales as a company. We are back to shipping live seafood into China but are heavily invested in building the retail, E-commerce, and US wholesale markets thanks to Covid.

What’s the response been with US customers, and what are consumers requesting most?

Interestingly, live seafood in the US is not well known. Outside of the Asian markets and communities, most people have no idea where to go for live crab and lobster. We took that as a challenge to begin to educate people on the superior quality of these products to show that there really is a difference between a pre-cooked and frozen Dungeness crab or lobster and one that you eat just minutes after it was crawling and pinching around. The quality is unmatched. It is great to see the interest people have in seeing where Dungeness crab comes from. The scale of the fishery, the amount of volume, and the interest in the fisherman side of the industry are topics that the average person finds truly fascinating. 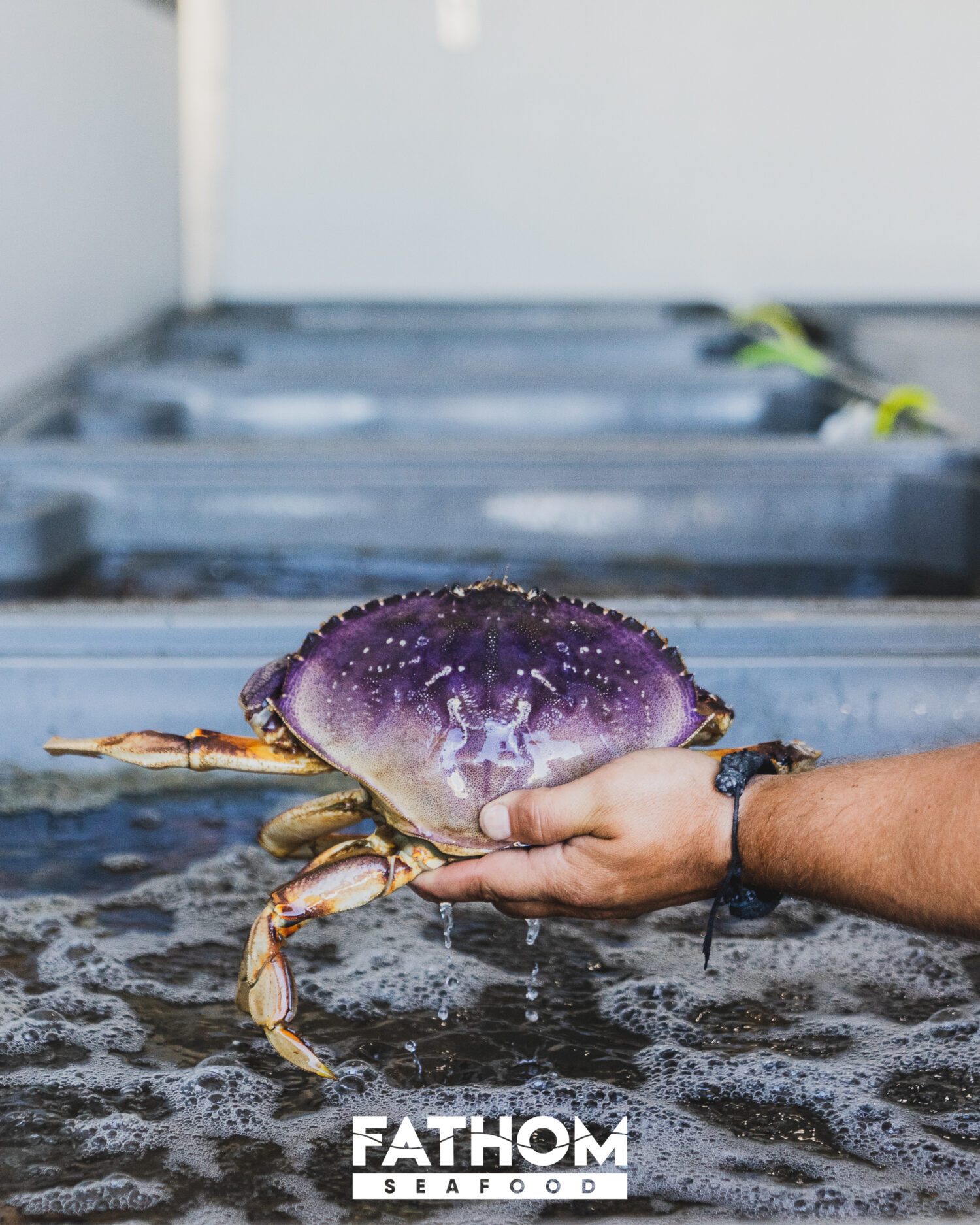 I really appreciate how Fathom thoughtfully highlights fishermen and products on the site. The photos are gorgeous, and you really get a sense of the men and women who catch your seafood. What do you look for when partnering up with a fisherman, and what is the first step? If the fisherman is located outside of WA, how do they get their product to you at its freshest to be sent to consumers across or out of the country?

First and foremost, we do what we say. Just like fishermen have their tales, many buyers and processors have their own. We make a habit to be upfront, real, and reliable. We don’t play games and we make sure to always pay the fishermen on time. That, along with making sure our fishermen know that we are apart of the same team gives them, and us, a sense of comfort.

It’s always good to feel like you know who you are working with. We know where our product comes from and respect the job our fishermen and dock partners do. The same philosophy is used up and down the coast. Product handling and logistics have long been a foundational pillar of Fathom. No matter where we source our products, we embrace the challenge of getting them from the boat to the final destination in as good of health as possible. From the fishermen, the docks, truck drivers, plant workers, and logistics partners, proper handling is paramount. 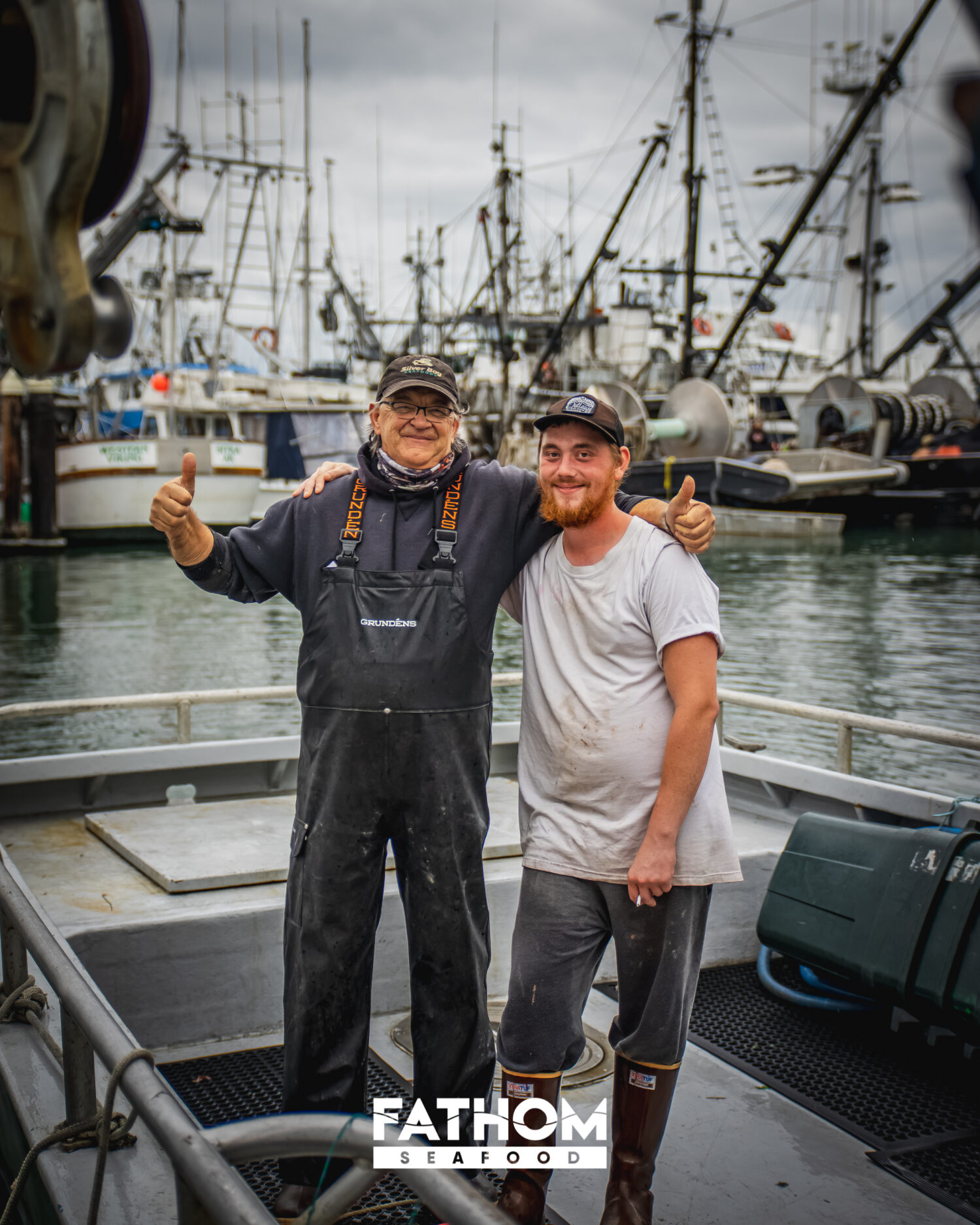 What do legacy do you hope to build with Fathom? What do you hope is the biggest takeaway for consumers and fishermen involved?

In my opinion, we are a service provider. I aim to be more than just another place for fishermen to drop off product.

We have a fisherman-first mentality, and I want that to always be on display. And it’s no gimmick. Reality is, I do not have a job without the men and women out on the water busting their butts and grinding every day to bring in their catch. I know we, as a company, take pride in providing the best possible products for consumers. Again, it comes down to a partnership between the fishermen, docks, and Fathom. With us all working together, we can achieve greater things.

What seafood would you want to try from Fathom Seafood? Do you have any thoughts or experiences with seafood processors? Please share in the comments below!

In case you missed it, here’s what it’s like for a mom in a commercial fishing family.

IF YOUR LOVED ONE IS A COMMERCIAL FISHERMAN, JOIN THE PRIVATE GROUP HERE!

How-To Cut Open a Lobster Tail Like a Boss!