First published in the Santa Barbara Sentinel under the pen name, Elizabeth Rose

This is the first year I have witnessed powerful women in the workplace. As a former fashion designer turned writer, my career has been a solo mission – I designed alone, I sewed alone, and now writing can be as solitary as it gets.

I currently work at a newspaper office, and my desk in the front room while Melanie Star, our new boss, and Willa Powers, our project manager, have the office in the back. Although I can’t truly hear what they’re saying, (sounds more like the teacher in the Peanuts cartoons), I can grasp their conversations. Sometimes their voices will rise in a debate, yet they’ll leave the office for a friendly lunch only to return and do it again. It seems they speak with each other rather than at, listening to the other’s opinion because the foundation of the working relationship isn’t a competition but respect.

I consider myself confident, but when faced with women I feel are more “in their power,” I shrink and fidget, suddenly unsure how to present myself.

For example, I was so anxious to make a good first impression with Melanie that I introduced myself twice. When I first met Willa, I talked in circles before outing myself with, “I’m sorry, I’m nervous.”

I questioned if I had forgotten how to communicate like an adult or ever actually learned how. Both Melanie and Willa are kind, approachable, and intelligent. It’s how they carry themselves that’s powerful. Embodied, you could say.

So, after I calmed my nerves, I took advantage of our proximity, put on my journalist hat, and resolved it was time to learn. 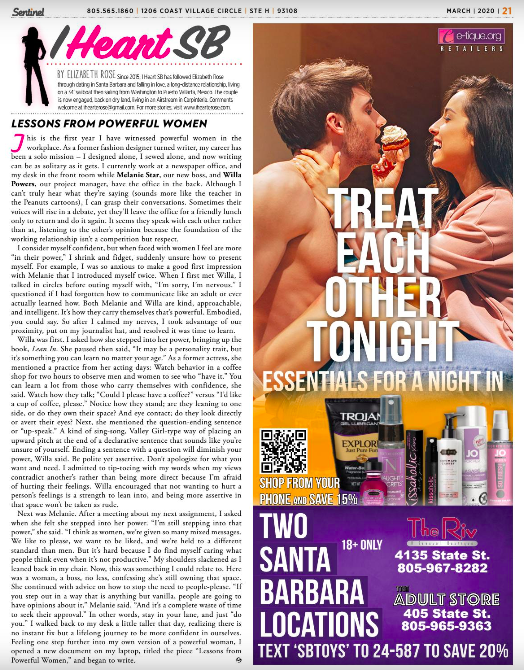 I asked how she stepped into her power, bringing up the book, Lean In. She paused then said, It may be a personality trait, but it’s something you can learn no matter your age.

As a former actress, she mentioned a practice from her acting days: Watch behavior in a coffee shop for two hours to observe men and women to see who “have it.” You can learn a lot from those who carry themselves with confidence, she said. Watch how they talk; “Could I please have a coffee?” versus “I’d like a cup of coffee, please.” Notice how they stand; are they leaning to one side, or do they own their space? And eye contact; do they look directly or avert their eyes?

Next, she mentioned the question-ending sentence or “up-speak.” A kind of sing-song, Valley Girl-type way of placing an upward pitch at the end of a declarative sentence that sounds like you’re unsure of yourself. Ending a sentence with a question will diminish your power, Willa said. Be polite yet assertive. Don’t apologize for what you want and need.

I admitted to tip-toeing with my words when my views contradict another’s rather than being more direct because I’m afraid of hurting their feelings. Willa encouraged that not wanting to hurt a person’s feelings is a strength to lean into, and being more assertive in that space won’t be taken as rude.

After a meeting about my next assignment, I asked when she felt she stepped into her power? “I’m still stepping into that power,” she said. “I think as women, we’re given so many mixed messages. We like to please, we want to be liked, and we’re held to a different standard to men. But it’s hard because I do find myself caring what people think even when it’s not productive.”

My shoulders slackened as I leaned back in my chair. Now, this was something I could relate to. Here was a woman, a boss, no less, confessing she’s still owning that space.

She continued with advice on how to stop the need to people-please. “If you step out in a way that is anything but vanilla, people are going to have opinions about it,” Melanie said. “And it’s a complete waste of time to seek their approval.” In other words, stay in your lane, and just “do you.”

I walked back to my desk a little taller that day, realizing there is no instant fix but a lifelong journey to be more confident in ourselves. Feeling one step further into my own version of a powerful woman, I opened a new document on my laptop, titled the piece “Lessons from Powerful Women,” and began to write. 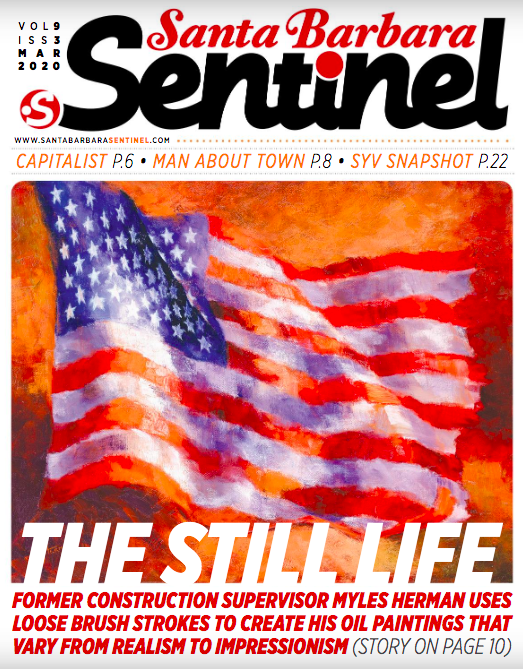 How do you find your power? Please share in the comments below!

Catch up on the Existential Crisis series:

How-To Live Together in an Airstream