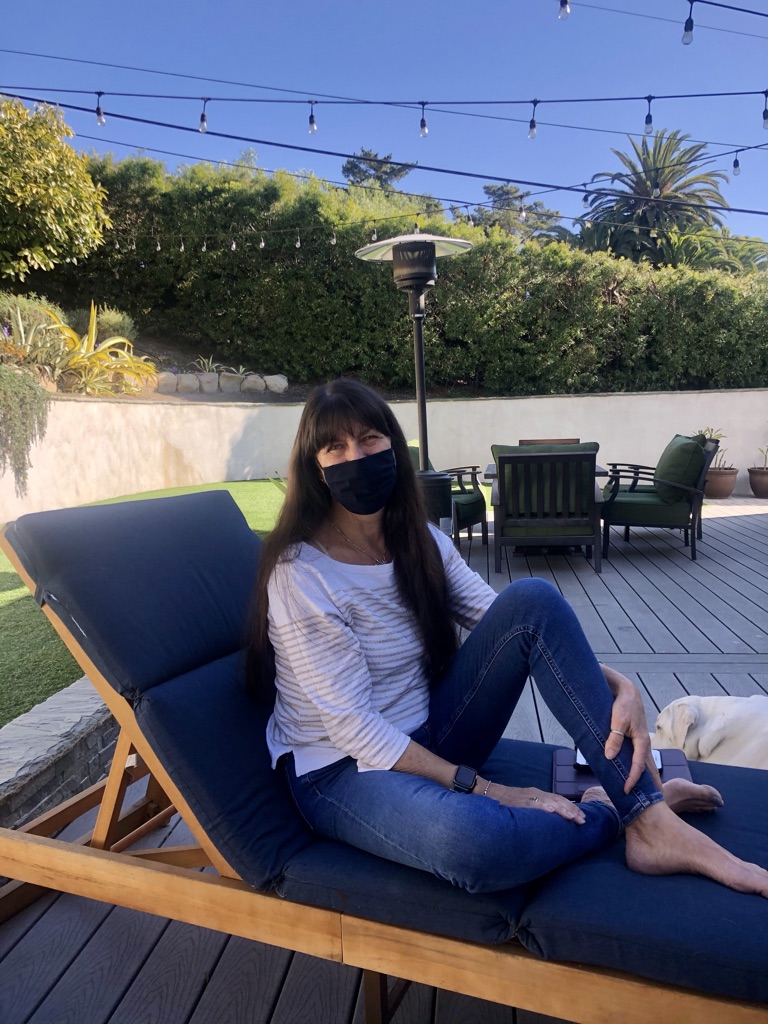 Do you feel like you had a sisterhood within other fishermen’s wives?

Absolutely! We would get together for parties annually. The fishermen would talk to each other every night, so the wives all got to know each other.

My closest friend is Sherry Shrout. Her husband’s a lobster fisherman, and we met through Those get-togethers. She’s my anchor. I didn’t mean to say it that way, but that’s true. You know, it’s important because women whose husbands do something else don’t understand as much. With Sherry, it’s easy.  When it’s lobster season, we’re going to make plans. We’ll make a reservation for four, but we don’t care if it’s two. We’re fine. That really helps in planning because at least you’re planning with somebody even if you’re not going to be with your significant other.

After fishing for so long, what is Jim’s schedule like now?

Jim is evolving towards being a retired “gentlemen fishermen,” I like to say. He has allowed more free time. But only been this season and the season before, he’s had no crew. He doesn’t have any obligations to another family, which also can be hard. When you have a large boat, you have to have a crew to do your work.

I want to know specifically what challenges you had when you first started dating, how they may have stayed the same or changed when you had children and even today’s struggles. Many people within the POCF community deal with different types of struggles at different times in their relationships. For example, in the beginning, it’s a longing to be with each other and learning to find independence while they’re gone. The second is maybe the fear, though I think the fear is always prevalent at some level. And another level is, How to deal with the income because fishing is so volatile.

That is a really good question. I’ll start with what’s in my head. When we first got together, and I was working, I was making a paltry amount of money compared to what he could make in the lobster industry. It wasn’t all that much money either, so we were both just kind of getting by. However, our bank account was really nice and big in March, but we couldn’t put two dimes together by the time we got to August.

That’s when we decided to make a budget, and the budget included the power, the rent, the insurance, those kinds of things. We asked, How much is that costing us per month? Divided it by 12 months. We would pay our property tax in full in December because we knew we’d have enough money in December because when March or April came, who knew? So we were able to establish a budget that we have kept to this day, which includes – and this is so important – give each other an allowance. We give ourselves an allowance, which we take out in cash, and he gets his allowance, which is the same amount as I get.

For example, I can use it to get my nails done, and he could use it to play golf. There were no restrictions on what the other could use their money for. The only restriction was when it ran out; you couldn’t get more till the next month. So you had to stay within that amount of money. We were very generous with ourselves at the time, and we’ve never raised it.

We have told so many young couples in the fishing industry to set a realistic budget. And remember, there are those annual things that come up that you have to deal with—plan for them. But don’t forget yourself because that way, if you want to go and do something, like buy a new purse, a new pair of shoes, get your nails done, whatever fun things that are fun for you, it’s available.

So you have a budget and allowance. But how did you plan for the future?

We have three accounts, and they’re all joint accounts:

So how do you figure out his paycheck?

Two-thirds of his income goes into the savings account.  The house-draw is the same every month. The difference is when it’s time to pay property taxes and insurance once a year.

The other thing that we were finally able to do, and this has taken a good long while, is that if we can’t afford to buy it, we don’t. Cash, only cash.

How would you manage money during good and bad seasons?

If Jim had a good year, we would use some extra cash to pay down on the house. In the good years, we bought a vehicle.

If we didn’t have a good year, we just managed to do his third, the house draw, and the savings account just kind of sat there, holding its own. And we wouldn’t buy anything or do anything. 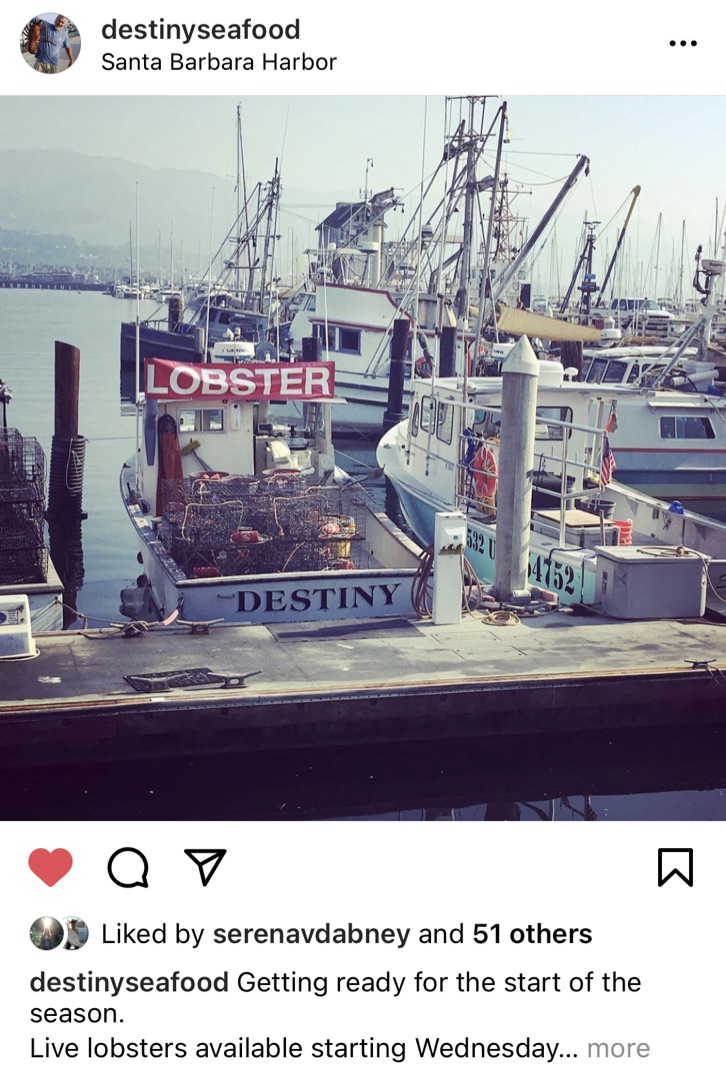 The infamous question – How have you dealt with the boatyard BS?

It’s the nature of the beast. That’s what fishermen do. I don’t think there’s a single fisherman that doesn’t. However, you have to be flexible. And if you have plans, you have to respectfully tell them it’s time to go.

I listened to him talk to other fishermen, and sometimes I just join in. You will become the most incredible fishermen by listening to their stories. And that is valuable, especially with all of the politics that go on in California with fishing (and other fisheries in the U.S.). It’s important to have an understanding of politics and all of the things that go with it.

Sometimes, if we don’t listen and learn, we’re not doing them a good service. These are lessons that will come back in spades in a positive way. It’s an education, that’s schooling that you didn’t think you were ever signing up for, but it is amazing.

There’s been so much stuff, especially with Jim having fished at San Nicholas Island, a federally owned island by the Navy. And there was a lot of political BS. And my ability to research and write things is remarkable. So we all have land jobs of some shape or form, and those skills are essential for the fishermen. And I believe that, sincerely,

Fellow POCF’s and I have discovered that the transition of a fisherman coming home can be kind of a hard adjustment. How did you handle that transition?

Sometimes, not very well. Cause you’re on your own flow. You got your own thing. With the kids, that was the hardest because it was all being done my way. Then he would step in and would do things a little bit differently. Which he should, because we’re all different people.

We still have that sometimes where I just have my way of doing something, and I get a little irritated at times. I can be snappy, and sometimes I get up and just go, Okay. And sometimes I say, “Don’t forget, I’m by myself doing things a lot. And you need to think about that, too.”

It has to be an understanding that just because you drop in, I’m not doing it all your way, and you’re not necessarily going to have to do it my way. Here I was for three months, basically, by myself. And I went from that to him being home every night, because now with his retirement, he gets home by four o’clock every day.

How have you felt supported by Jim throughout your life as a partner of commercial fishermen?

Whatever endeavor I have gone into – school when we started dating, being a full-time mom, volunteer for Casa – he was way over the top in support of that.

We may have disagreed on something about some child-rearing or child issues that had come up. And there’ve been times where I absolutely stuck to my guns and disagreed, and he thanked me and said, You were right. And if you hadn’t done what you did, it wouldn’t have turned out. He’s been really good about supporting me. And even when he wasn’t acknowledging it at the time, he realized it later.

He never tells me, Why aren’t you doing (fill in the blank). It comes down to the two individuals at that point, regardless of what their vocations are. As I said, fishermen are an interesting breed. And the person that’s with a fisherman? You’re going to have a lot of fun, amazing adventures, but at the same time, it’s a big commitment. It’s a bigger commitment, I think than the nine-to-fivers. Because there’s something in their souls that is causing them to do that, they didn’t pick (fishing) as much as it picked them. Some women say, Their first love is the sea!

Do you feel that way?

No, but we can sometimes run in tandem.🐟

What do you most identify with in Jolene’s interview? We’d love to know! Please leave your thoughts in the comments below!

WTF Parts of A Dungeness Crab Are Edible?