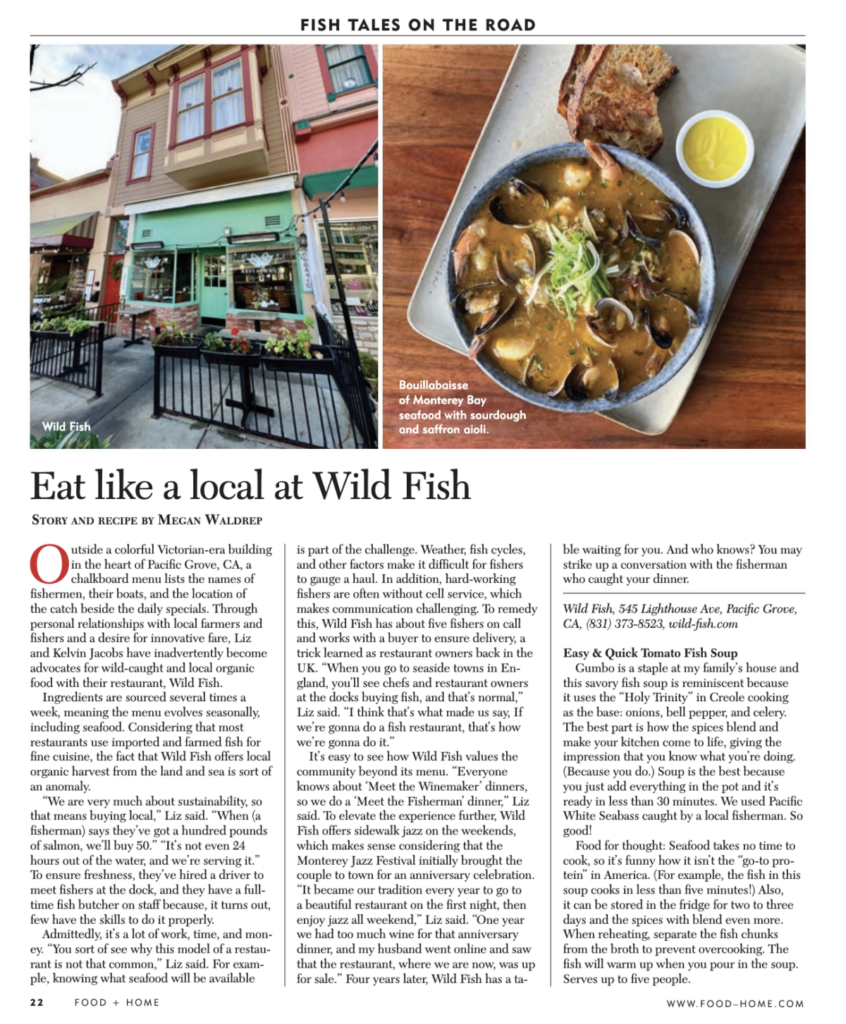 Commercial Fishing to Fine Cuisine: Eat Like a Local at Wild Fish

Hard to believe that most restaurants in the U.S. (even fine dining!) do not use local or even domestic seafood, though as POCFs, we know why – the Asian market pays a premium, and we’re happy to sell it to the highest bidder.

However, finding a restaurant that cherishes seafood as much as you do turns a somewhat faceless market into a delicious reward for your loved one’s hard labor. Pull up a chair to Wild Fish, a fine dining restaurant in Pacific Grove, California (near the Monterey Bay Aquarium!) that buys from fishermen straight from the dock!

Eat Like a Local at Wild Fish in Pacific Grove, California

Outside a colorful Victorian-era building in the heart of Pacific Grove, a chalkboard menu of daily specials lists the names of fishermen, their boats, and the location of the catch. Through personal relationships with local farmers and fishers and a desire for innovative fare, Liz and Kelvin Jacobs have inadvertently become advocates for wild-caught and local organic food with their restaurant, Wild Fish.

Ingredients are sourced several times a week, meaning the menu evolves seasonally, including seafood. Considering that most restaurants use imported and farmed fish for fine cuisine, the fact that Wild Fish offers local organic harvest from the land and sea is sort of an anomaly.

“We are very much about sustainability, so that means buying local,” Jacobs said. “When (a fisherman) says they’ve got a hundred pounds of salmon, we’ll buy fifty,” Jacobs said. “It’s not even twenty-four hours out of the water, and we’re serving it.” To ensure freshness, they’ve hired a driver to meet fishers at the dock, and they have a full-time fish butcher on staff because, it turns out, few have the skills to do it properly. 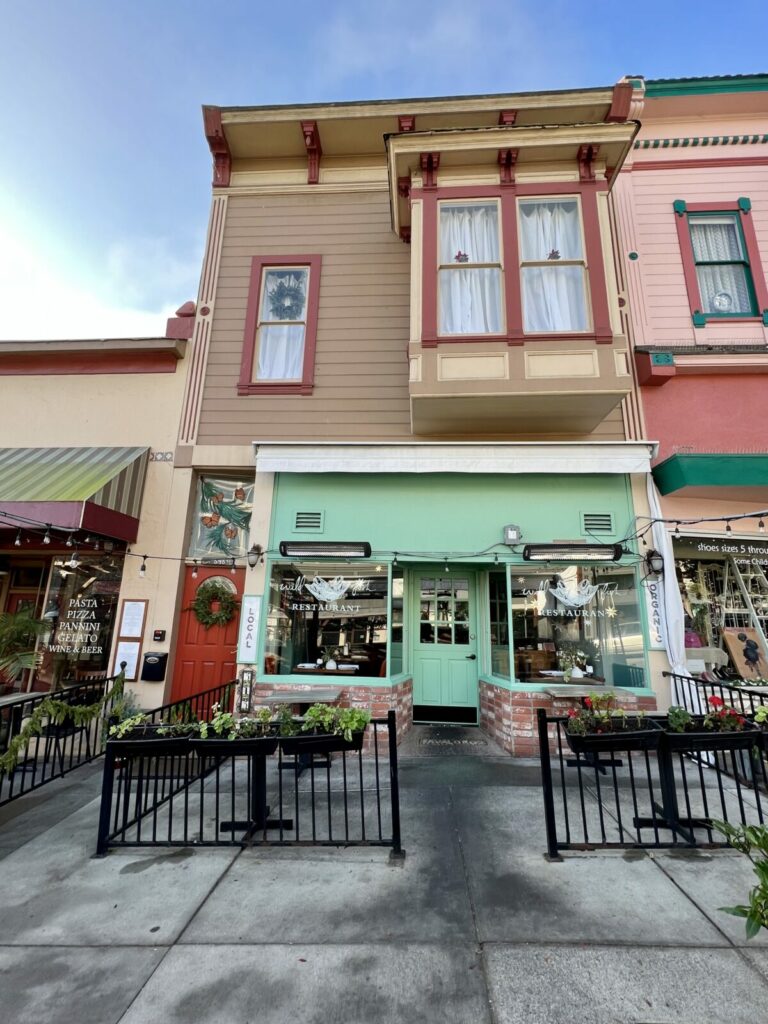 Admittedly, it’s a lot of work, time, and money. “You sort of see why this model of a restaurant is not that common,” Liz said. For example, knowing what seafood will be available is part of the challenge – weather, fish cycles, and other extraneous factors make it difficult for fishers to gauge a haul. In addition, hard-working fishermen are often without cell service, which makes communication challenging. To remedy this, Wild Fish has about five fishers on call and works with a buyer to ensure delivery, a trick learned as restaurant owners back in the U.K. “When you go to seaside towns in England, you’ll see chefs and restaurant owners at the docks buying fish, and that is normal,” Jacobs said. “I think that’s what made us say, If we’re gonna do a fish restaurant, that’s how we’re gonna do it.”

It’s easy to see how Wild Fish values the community beyond its menu. “Everyone knows about ‘Meet the Winemaker’ dinners, so we do a ‘Meet the Fisherman’ dinner,” Jacobs said. To elevate the experience further, Wild Fish offers sidewalk jazz on the weekends, which makes sense considering that the Monterey Jazz Festival initially brought the Jacobs to town for an anniversary celebration. “It became our tradition every year to go to a beautiful restaurant on the first night, then enjoy jazz all weekend,” Jacobs said. “One year, we had too much wine for that anniversary dinner, and my husband went online and saw that the restaurant where we are now was up for sale.” Four years later, Wild Fish has a table waiting for you. And who knows? You may strike up a conversation with the fisherman who caught your dinner.

What restaurants use seafood from the local fishermen that you know? Let’s shout ’em out! Please share in the comments below!

If you liked this, you’d love The Last Hunter-Gatherers: Commercial Fishing in America.

Diary: First Day of Fishing Season Blues & How To Beat Them

Want to Meet In Real Life? See You At the Pacific Marine Expo in Seattle!