Strangely, it’s hard to find prayers out there for commercial fishermen. Sure, there are gimmicky ones for sport fishermen, but none truly capture the please-help-us-thank-you-so-much vibe that I’m looking for.

My mother-in-law has a tried and true prayer that she used while married to a commercial fisherman and when two of her kids got into the industry, as well. I love this one because it eases my heart when I don’t hear from Chris for days or over a week at a time:

I love blending Eastern and Western philosophy, and below I’ve combined various ways fishermen are prayed for and honored across the globe. Let’s start with the U.S., then we’ll travel East.

Judge Bob Moon wrote the first for Deadliest Catch’s F/V Northwestern. It’s pretty awesome, one that deserves to be printed out. (Switch out the names when praying; I’m sure Bob won’t mind.😄) The second prayers I found on Google for fishermen to recite.

Also included is an image I took of a fisherman’s altar in Mulege, Mexico, near the mouth of the river that empties into the Sea of Cortez. I loved seeing altars randomly placed along roadsides, but this one touched my heart a little deeper.

The last image is probably the coolest pulpit I’ve ever seen located in the Coronation of Mary Church Traunkirchen, Austria. It depicts the “miraculous catch of fish” in Luke, chapter 5 (one of my favorite Bible stories).

Prayer of the Northwestern by Judge Bob Moon 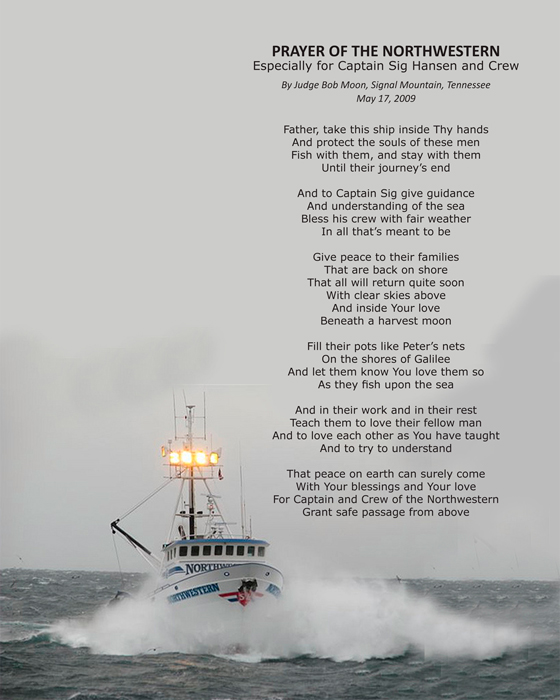 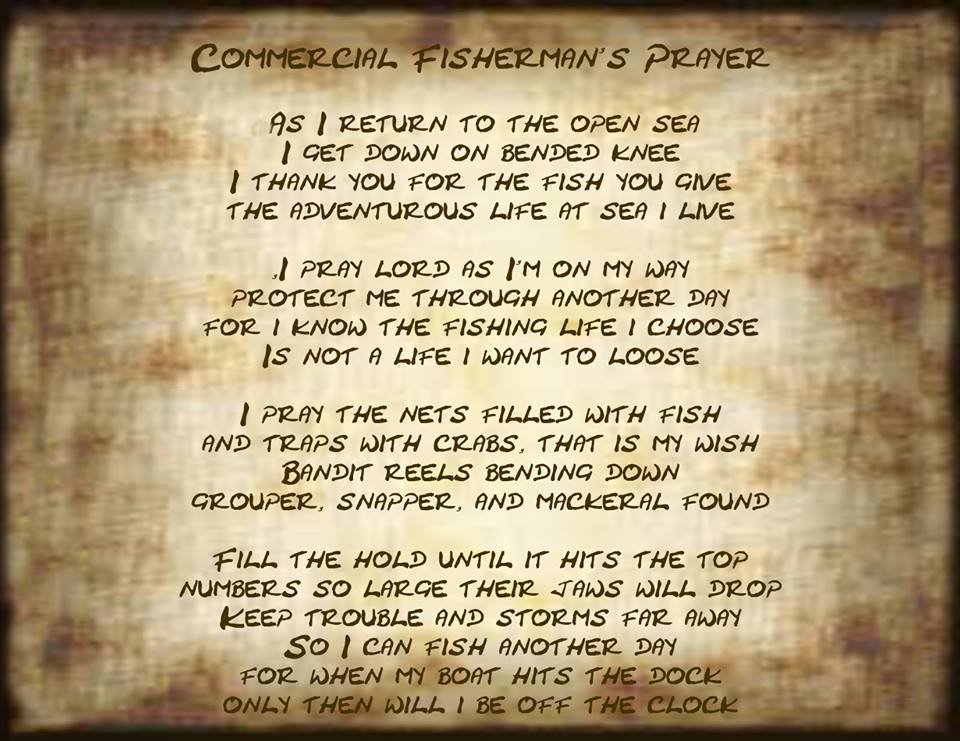 A fisherman’s altar in Mulege, Mexico 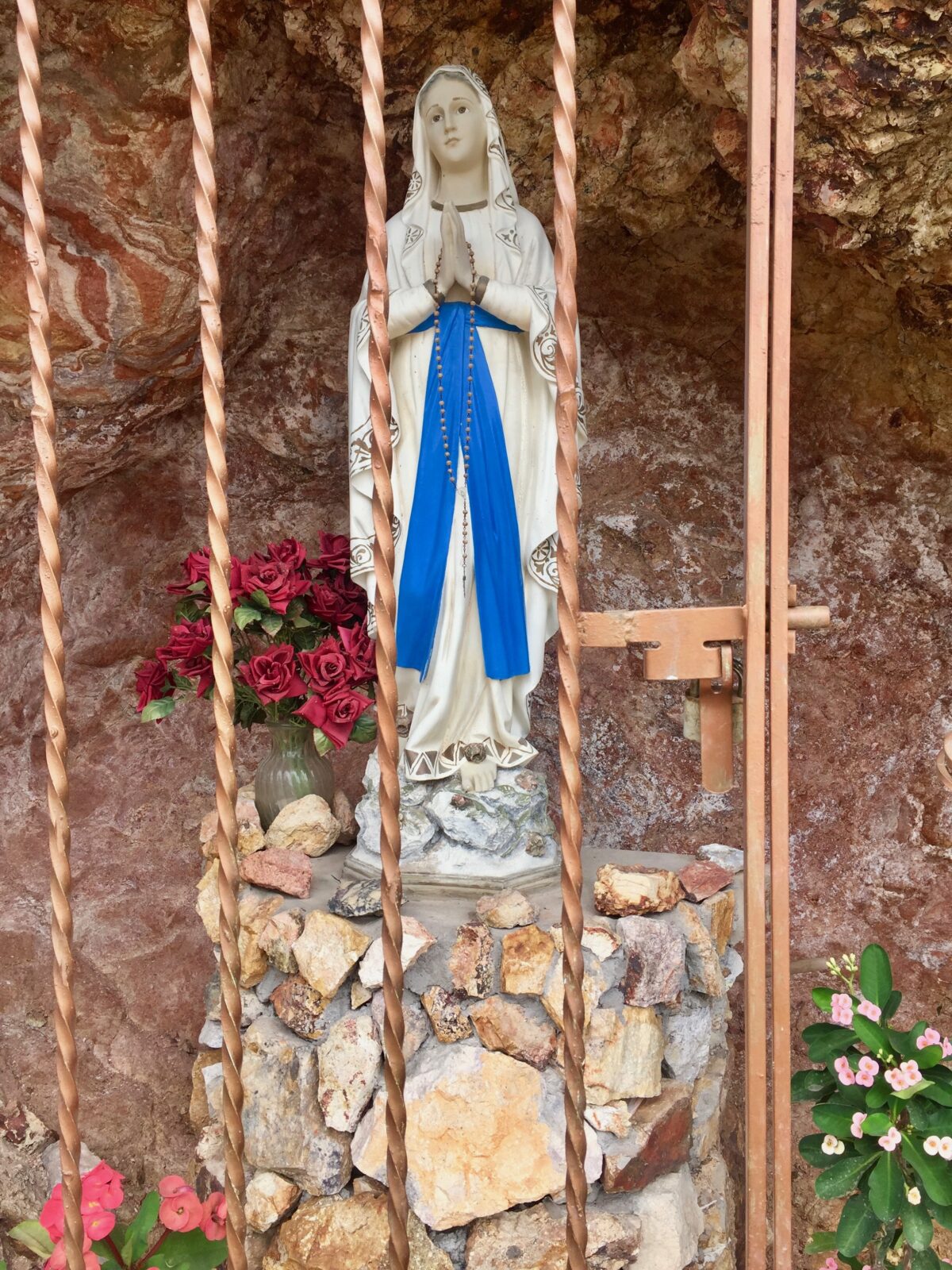 Pulpit at the Coronation of Mary Church Traunkirchen, Austria

Next, I searched around to see how they do it in Asia. It turns out there is a Buddhist deity named Tin Hau, the Goddess of the Sea and the patron “saint” of seafarers. She goes by different names, depending on the country. One legend says that she used her spiritual powers (possibly in a trance or while dreaming) to save her father and brothers when caught in a typhoon. There are many temples dedicated to her, even large festivals in her name.

The last photo is “the Fishermen’s Buddha and that the women there were praying for the safe return of their husbands and a good catch.” 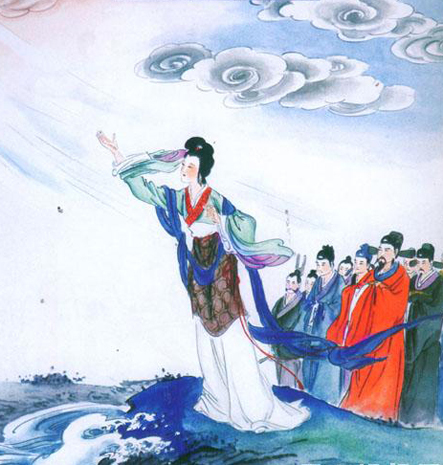 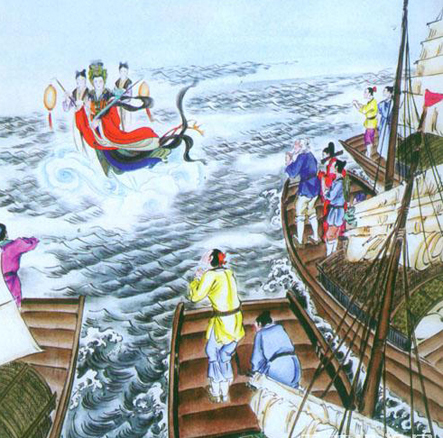 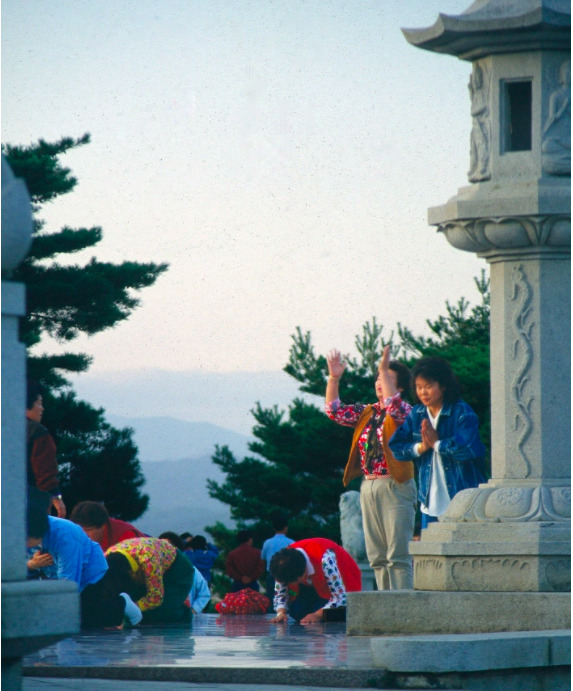 No matter your spiritual background, I pray that your loved ones have a very safe and prosperous season! On top of that, I pray for peace in your heart as you continue to be the strong POCF you are. And if you’re ever feeling doubtful or lonely, please remember that a group of Partners of Commercial Fishermen are here for you! Hop on our private FB group – we’re only a few clicks away! 💗 🐟

What prayer or ritual do you do to make it through a season? Please let us know in the comments below!